How did the name Skyhawk Heavy get started?

People ask me all of the time how I came up with the name, Skyhawk Heavy.  No, it has nothing to do with me being 6’5″ and weighing 200 & too much.  The aircraft name does not change for the airframe I’m flying.  I mean, Skylane Heavy or Bonanza Heavy just doesn’t have the same ring to it at all.  Skyhawk Heavy is not a self-appointed name or callsign.  Mobile ATC actually gave the unique callsign.  Yes, I’m serious (and don’t call me Shirley).  I’m always serious 10% of the time. So why did a controller give me the name Skyhawk Heavy?  Well, I’ll tell you, because I don’t want it to be the reason you can’t sleep at night.

In a Class Charlie airspace far far away

Well, not far far away for me but it may be for you.  Many years ago, I was flying a 172 in the pattern at Mobile Regional Airport (KMOB).  The pattern wasn’t busy at all as there were only two aircraft flying around the patch.  I was in the 172, while the other aircraft just happened to be a Fedex MD-11 shooting ILS approaches during a test flight.  Watching the MD-11 perform a touch and go while I was on left downwind was cool as hell.  Too bad we didn’t have smartphones back in the day so I could have snapped a good picture or two.  Sadly, they weren’t readily available, nor did I have a good enough camera with me to get a good picture.  Hell, I should have just tried using the disposable camera in my flight bag, but we all know that you wouldn’t even be able to see the MD-11 with one of those.  Anyway, while I was admiring this massive beast landing, I received a transmission from Tower to extend my downwind due to wake turbulence.  Ok, not a problem at all as you always want to maintain safety while flying.  So I wait for 3 minutes before making my base turn while slowing the plane down and setting up for my approach.  By the time I crossed the threshold, I would guesstimate that about 6-8 minutes had passed so I was clearly safe to touch down. I raise the flaps, throttle up, rotate, and climb back out with no issues at all.  This was a great day for flying and spotting at the same time to say the least.

Tower continued to instruct me to extend downwind on each circuit. After the second circuit, it started to get a little frustrating.  After all, I was paying for this flight time, whereas the Fedex crew and ATC were getting paid for their time.  Well, executing constant extended downwind legs, it started to rack up on the ole Hobbs meter.  Though I was enjoying the flight and watching the MD-11, I wasn’t going to enjoy paying for the time after I landed.  So, needless to say, I was ready to make a full stop for the day.  When I was about midfield, I called in to tower and reported my position, “Mobile Tower, Skyhawk 6 9’r 4 is on left downwind midfield, request short approach to full stop, RWY 32 (now it is 33).”  Tower replies that traffic is on about a 10 mile final.  The controller advised if I thought that I could land safely and exit the runway by Bravo or no later than Charlie, then I was cleared to land.  However, if I saw that I could not safely exit by Charlie, then I would need to make a go around.

I began my descent since I was already abeam the threshold for runway 32.  As I rolled out on final, I was just a skosh too high. What does one do to drop some altitude? That’s right, I performed a nice little slip to descend faster and not increase speed (slips are so much fun). While over the rabbit lights, I straighten out the plane, go full flaps, and managed to touch down just past the threshold (not necessarily a greaser).  Now, I will admit, it would have been somewhat doable to exit on bravo, but I wasn’t about to take the chance since I was given Charlie as the last option. So I continue braking carefully and then make my left turn onto Charlie.  You can imagine this all happened pretty quickly, but I don’t accept challenges expecting to fail.

After exiting the runway, I taxi’d across the hold short line on Charlie and then stopped.  I called tower and announced that I was clear of activity for 32, and ready to taxi to the west ramp. Tower replied with the instruction to contact ground.  “Roger, Ground .9’r, Skyhawk 6 9’r 4.”  Well before I switch, the smartass came out before I even had a chance to think.  Of course, anyone that knows me, knows that I seldom think before I speak anyways, so not really a shocker there.  “Mobile Tower, you may want to caution Fedex MD-11 of my wake turbulence.”  Yep, I said it and I’ll even admit that I laughed at myself.  Tower replies, “Will advise.”  I waited for a couple of seconds to see if they really would, and damn, they actually did.  The controller, while chuckling, transmits over the radio, “Fedex [I don’t recall the callsign] Heavy, caution wake turbulence from Skyhawk Heavy.”  Yep, I cracked the hell up laughing! Now, like a late night infomercial says, “but wait, there’s more!”  The Fedex Captain responds with a chuckle of his own, “Will caution wake turbulence from Skyhawk Heavy!”  As you can imagine, I was laughing my ass off!  That was too hilarious!  Well, I contacted ground and requested to taxi to the west ramp.  The ground controller responded with my taxi clearance saying, “Skyhawk Heavy 6 9’r 4, cleared to taxi to the west ramp.”  The perfect ending to a great flight! 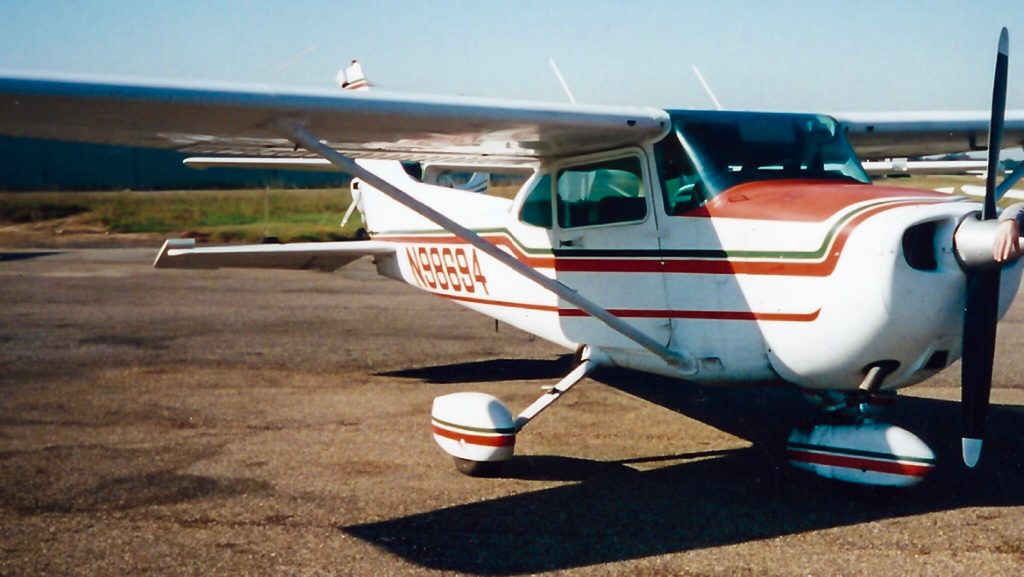 Well, that is the story of how Skyhawk Heavy began.  Since that day, it naturally stuck and seemed to just flow so well.  I mean, just say it with me, “Skyhawk Heavy”.  Just rolls right off the tongue doesn’t it?  So, whenever I fly the 172, I contact clearance delivery using “Skyhawk Heavy” prior to my tail number.  It’s great that even when handed off to other frequencies, the callsign continues on.  Never would I have imagined that it would grow to be an actual website, but I’m thankful that it has.  Hopefully,  you have enjoyed reading about how I got the name as much as I enjoyed that memorable day.  The day that Skyhawk Heavy was born.  Hell, truth be known, it will on my headstone.  It will most likely read, “Here lies Mark Denton, aka Skyhawk Heavy.  Loving father – Loving son – Damn good pilot”.  Underneath will read, “I told you dumbasses something was wrong, but you just didn’t listen.”

Thank you for taking some time to read my first blog post.  If you ever fly into MOB, give me a shout.  You can get the general information for MOB here.  I certainly hope you stop back by for more in the near future!  Happy landings! 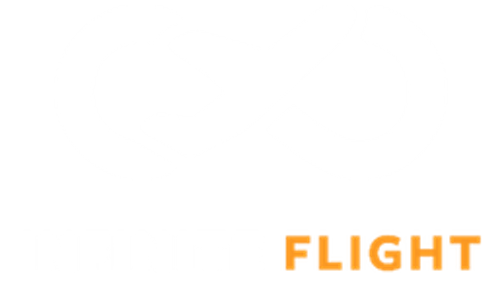 Infinite Flight is a mobile flight simulator for iOS and Android. Learn more at infinite-flight.com.